The Bariatric EvacMat, which is the original product from our Bariatric Equipment Range has recently made an appearance on Channel 5’s Bigger Big Body Squad. This product evolved from our original evacuation equipment range, which includes Ski Sheets, Ski Pads and Ski Slide Pads all of which have a safe working load of up to 160kg.

It was agreed that we had to look at alternatives for bariatric patients & residents and in conjunction with Bradford Hospital and West Yorkshire Fire and Rescue Service, we developed the Bariatric EvacMat which can cope with up 350kg, more than twice the weight of the conventional products.

The series follows the massive efforts of the special ‘Big Body teams’ tasked with taking up the increasing strain on medical and emergency services, caused by the ever expanding waistline of its service users, whilst telling the stories of those that they help.

The Episode ‘Off The Scale’, series 3 episode 3, features County Durham and Darlington Fire & Rescue Service undertaking training in how to evacuate a bariatric individual from various complex situations – all of which use the Bariatric EvacMat. 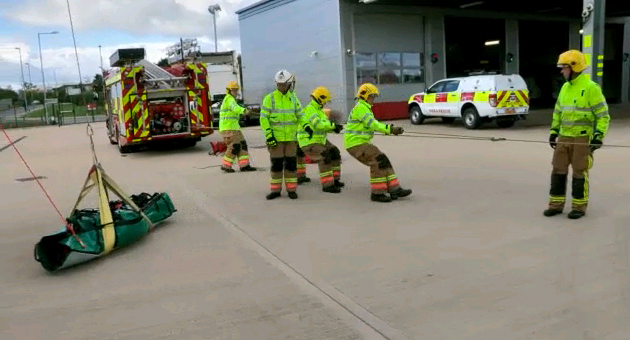 Obesity and evacuation
Scroll to top